When it comes to must-see Alaska animals, it's a little bit like the food chain - Bears are at the top of the list. 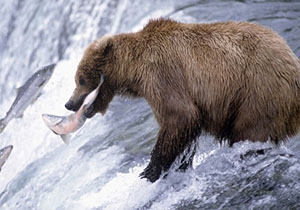 Nearly every visitor wants to see a grizzly (or brown bear). And Alaska is the best place to see them in their natural environment. Alaska contains more than 98 percent of the U.S. population of brown bears. The state also hosts large populations of black bears and polar bears, although most visitors won't see polar bears. In addition to lots of bears, Alaska also has plenty of bear-viewing companies. Most trips require a bush plane flight, often across Cook Inlet to Katmai National Park and Preserve, where the world-famous Brooks Falls are an annual gathering place for dozens of brown bears. (Brown and grizzly bears are essentially the same; brown bear is the term generally associated with coastal bears, which get larger thanks to a more calorie-dense diet. Grizzly bears live in the Interior.) Grizzly bears also are frequently spotted by visitors to Denali National Park while on one of the bus tours. Private vehicles are not allowed beyond Mile 15 of the Park Road.

Alaska being Alaska, occasionally a bear-viewing opportunity will present itself at an unexpected time and place. Last summer, bears were actually a problem in Anchorage, with a young bicyclist getting mauled during a race in Far North Bicentennial Park. And while bear sightings are impossible to guarantee, there are some nearly sure bets. One of those is Brooks River Falls in Katmai National Park. The most recent survey indicated a population of about 2,000 brown bears in the park. Officials say up to 80 bears congregate around Brooks Lodge near the falls when salmon return to the river. And despite being in a remote, roadless part of Alaska, Brooks River is fairly easy to get to. Provided you have at least a day to spend and plenty of cash. A trip to Katmai isn't cheap. Katmai offers a day trip from Anchorage for $619 per person. It includes a flight to King Salmon and a floatplane flight from to Brooks Lodge. Other operators also offer trips to Katmai and Brooks River Falls. National Park Service rangers provide an orientation, which lasts 20 to 30 minutes and explains some simple rules visitors should follow around the bears. Once out of the orientation, visitors are free to roam about looking for bears. There are three main viewing platforms -- falls, riffles and lower platforms -- for bear-watching.

Please contact us securely through SSL on our 128-bit encrypted forms for additional info, availability and reservation requests 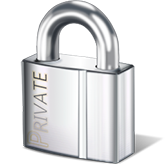